To share your memory on the wall of Gerald Ladd, sign in using one of the following options:

Jed knew everyone in Arvada and you couldn’t stop at the grocery store or in
Old Town without bumping into someone who knew him, Laddy’s, or his world
famous hamburgers. He loved to connect with people, had an open heart and
easily accessible demeanor that made people feel right at ease. Everyone’s
favorite bartender, Jed was also an assistant youth basketball coach, an
intermediate yogi and a political enthusiast. He was active in Arvada’s AA club
and sponsored new members on their journey to sobriety. For the last five years, you could find Jed every morning taking his five mile walk along
Ralston Creek with his newest best friend and puppy, Gizmo.

Jed is survived by his three daughters, Jessica, Kristin, and Ashley, his
step-children, Eric, Kelly, Alicia, Titus, and Levi, and his grandchildren,, Oliver,
Adeline, Preston, Jalen, Zach, Jessie, Chase, Kendall, Micheala and Michael.
Jed impacted the lives of hundreds of people and the outpouring of love to
honor him has been felt near and far. As his favorite musician, Bruce
Springsteen once said, “it’s not the time in your life, it’s the life in your time”
and Jed even though his time was tragically cut too short, he filled his time in
this world with a whole lot of life.

Friends and relatives will be invited to a remembrance of Jed Ladd on Zoom
on March 13, 2021. If you would like to share a story or memory you have of
Jed, please contact his daughter Kristin Ladd. When it is safe to gather a
larger, in person celebration of life will be held. In lieu of flowers, Jed
requested that donations be made to the Arvada Primary Purpose AA
Recovery Center in his honor.
Read Less

Receive notifications about information and event scheduling for Gerald

We encourage you to share your most beloved memories of Gerald here, so that the family and other loved ones can always see it. You can upload cherished photographs, or share your favorite stories, and can even comment on those shared by others.

Posted Mar 20, 2021 at 11:14am
I spent many "Happy Hours" at Laddy's with the crew from Arvada State Bank and my husband, Jack. We always enjoyed a cold beer on the patio, great food and conversation. Good times.
Tamara Wessel Stodder
Comment Share
Share via:
TW

Posted Mar 18, 2021 at 05:03pm
We met Jed and Gizmo while walking the Ralston Creek Trail. I immediately fell in love with Gizmo, but soon realized that Jed was special, too. He knew how fond I was of Gizmo and always went out of his way to make time for me to get my Gizmo fix.

We knew Jed had medical issues and were concerned when we hadn't seen him in quite a while. We hoped it was just because of the weather. We were greatly saddened to learn of his passing. 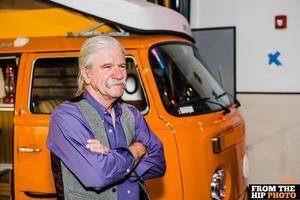 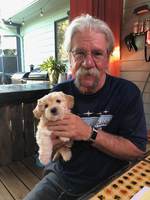